Jayoung Bang, Daniel Burckhardt, Julian Finn, Yunjun Lee, Philip Pocock, Lorenz Schwarz, Linus Stolz and Alex Wenger are the components of the team since the ZKM has created for the third Biennale of Contemporary Art of Seville draft Aland (elta). Apart from the brilliance of their approaches and their complex mise en scene, the book deserves our attention because they are a clear indicator of artistic creativity more current.

This collective project, multicultural and interdisciplinary, makes visible changes in the paradigm of artistic creation in recent decades. Among them, the value given to the shared ownership. This mode of work. or collaborative networking, is a basic principle of such projects. Has a particular significance because it questions the system of institutionalized art: transforming the traditional idea of an artist, shows that have become obsolete old patterns of production and reveals inconsistencies that exist around the idea of intellectual property.

The installation presents various complexities. The physical space is organized around three half-cyborgs Cyclopean sculptures or offering a plot linked to the three protagonists of the poetic before us: Muhammed Ibn Tufail, Moses Maimonides and Federico García Lorca, three and three Andalusian cultures. In this way is an analysis of the visual culture of Andalusia, remixed through the various devices in the living room and software that continually place and used material obtained from the maelstrom of information flowing on the Internet. The multiple screens that look, they look and watch us operate in the manner of a large mosaic of the twenty-first century, inspired by an almost mythological Al-Andalus. The art and technology come together here to show the infinite spectrum of the image-code (open), mestizo, fluctuating and acronyms

after the hard final run of soldering directly in the museum and building the wood frames for them, we can hang them on the wall.

This morning I and Julian flying to Sevilla in Spain to build the Aland installation. We hope that all the parts (lots of monitors and PCs) are not broken by the transport and we get working internet there.

the custom PCB boards we need to controll the small OLED displays arrived just today. Now we only need to populate them and cross our fingers that there is no bug inside. 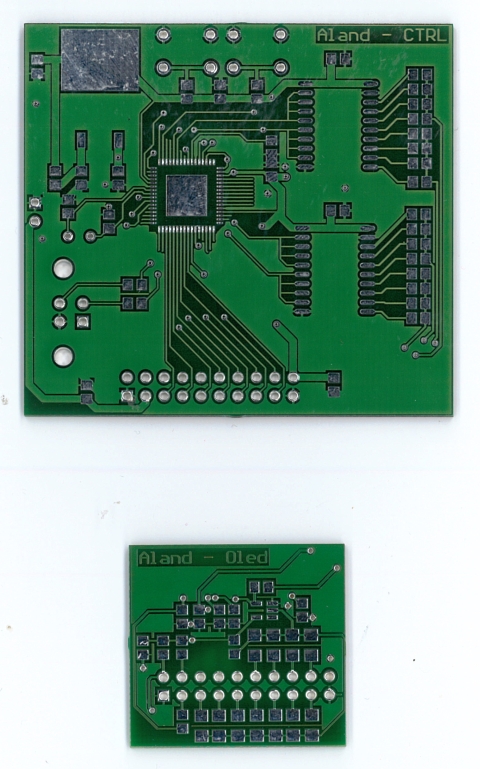 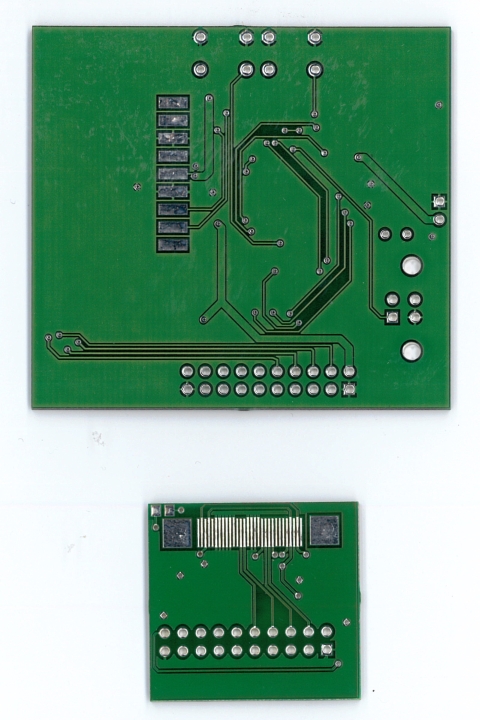 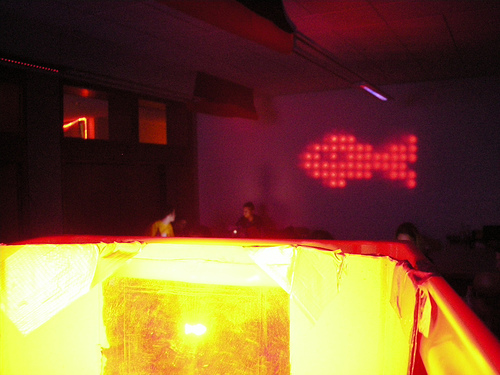 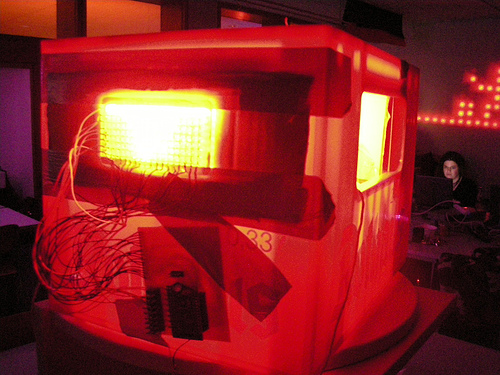 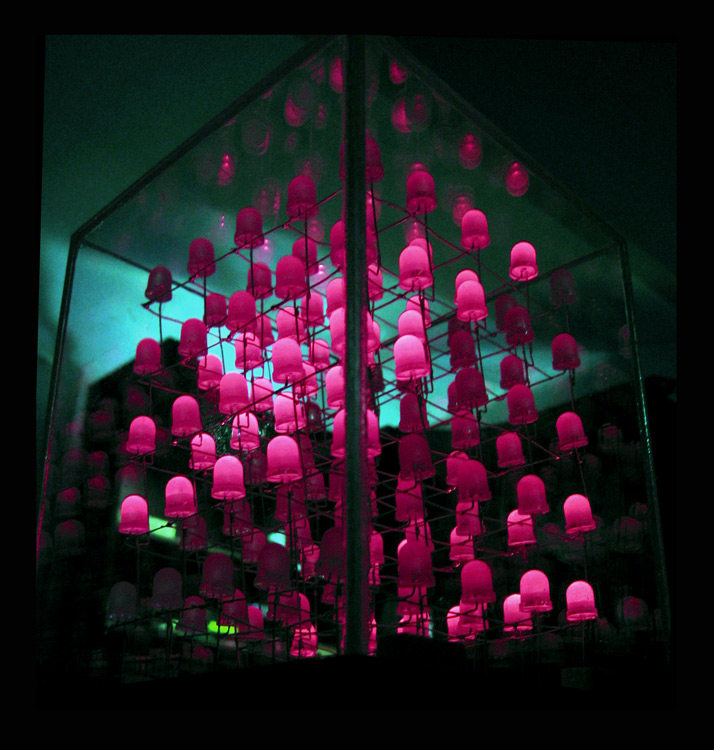